MELAVITE ThermoSTOP 5% can cost-efficiently improve taste and intake of ruminant animals’ feed, meanwhile provides energy by its carbohydrate and organic acid content. Applying the product prevents warming of TMR during distribution and standstill.

Adding 5% (recommended ratio) of the propionic acid based complex acid solution to MelaVite products offers a safer, wider spectrum protection against warming of TMR. Besides sugar content of molasses, organic acid content is also an easy to utilize energy source for the animals that contributes to enhanced milk yield and liveweight gain.

- It is 90% propionic acid or its ammonium salt, which provide great protection against mildew (Fusarium, Aspergilus, Penicillium) blocking its multiplication and metabolism, preventing mycotoxin production.

- Sorbic acid to tackle yeast fungi causing post warming of TMR. Sorbic acid is especially fungicide, its widespread use as a preservative is based on its counter effect on multiplication of yeast fungi.

In our laboratory experiments, we analyzed how daily temperature rise in summer affect on temperature of different layers of TMR. We used real-life, fresh, farm made TMR. Readings were taken five times a day, following 1-3-5-7-9 hours after blending samples. Upper, middle and bottom layers of TMR were analyzed, air temperature was also recorded.

Change in temperature of TMR blended with MelaVite MVV ThermoSTOP 5% was the smallest, meaning this product could moderate the most (up to 4°C) warming of feed. With less warming in TMR, microbial activity is also kept lower, less decomposition of valuable content of feed is achieved at the same time.

Directions for use by species of animals 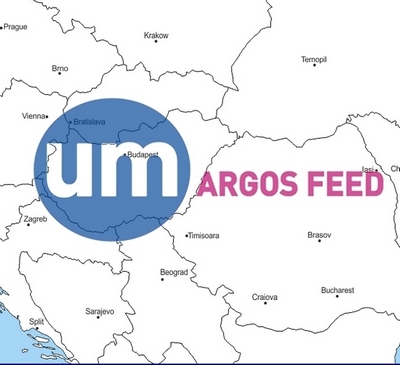